MMWD and the Need for an Infant Formula Advisory 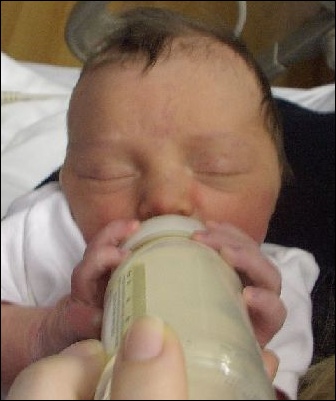 In 2007, the Marin Municipal Water District Board adopted the Precautionary Principle, which states, “The community has a right to know complete and accurate information on potential human health and environmental impacts associated with…services. The burden to supply this information lies with the proponent, not with the general public.”

That is why Roundup is being replaced as weed abatement on MMWD watershed properties. And the Precautionary Principle is why the parents of every infant in the District should receive an Infant Formula Advisory.

The Infant Formula Advisory might read: “If you mix powdered or concentrated formula for your infant, to avoid dental fluorosis (white or tan mottling of your child’s permanent teeth), use fluoride-free bottled water such as deionized, purified, demineralized, or distilled. Note, ordinary pitcher filters do not remove fluoride.”

Twice I have urged MMWD board members to alert parents of infants to new guidelines from the CDC [1] and the American Dental Association [2]. So far, this has not been put on the agenda for a discussion and vote.

Our cumulative daily fluoride intake is five times what was predicted back in the 1950s when fluoridation began. Due in part  to the many oral hygiene products with added fluoride, at least 40% of today’s teens have dental fluorosis.

During a presentation on water fluoridation in San Diego (July 18, 2007), when asked if “the level of fluoridation was too high for babies to drink,” ADA fluoridation spokesman Professor Howard Pollick confirmed that infant formula reconstituted with fluoridated water puts babies at risk for dental fluorosis, visible damage to the teeth, and says, “We’re recommending using distilled water…” [3]

This is important, because a study by Harvard scientist Anna Choi (published 2015) found that, using a simple, specific mental development test: the child’s ability to repeat a sequence of numbers both forwards and backwards, even children with very mild dental fluorosis performed less well than children without fluorosis. [4]

Marin residents appreciate the MMWD Board recently dropping the target amount of fluoride added to water from 1 ppm to the EPA-advised 0.7 ppm. The Infant Formula Advisory is simply another step towards safety.

Since nearly two fifths of Marin County residents are renters and probably don’t pay MMWD directly, in additional to notices in water bills, consider also Infant Formula Advisory “Take One” cards (in English and Spanish) on grocery store shelves where both powdered formula and liquid concentrates are displayed. The stores shouldn’t mind since this will lead to higher sales of fluoride-free water. The county’s WIC program ( a government nutrition program for women, infants and children) should also notify parents.

Of course, the best way to fulfill the Precautionary Principle is to end fluoridation. Evidence continues to pile up refuting the original claim that fluoridation is both “safe and effective.”

Water fluoridation is rare around the world. Of the ten nations where over 50% of the population gets fluoridated water, the US is the only large one, and Ireland appears [poised to stop fluoridation]. Closer to home, Portland, Davis, Napa, and several Sonoma County communities, have recently declined fluoridation, because people who take the time to get informed find out it’s neither safe nor effective.

According to Newsweek‘s 2015 report on the Cochrane Collaboration’s review of every well-designed fluoridation study, “Water Fluoridation to Prevent Tooth Decay” by Iheozor-Ejiofor, et al. (2015), the reviewing scientists concluded that fluoridation “does not reduce cavities to a statistically significant degree.” [5]

Professor Trevor Sheldon, chair of the Advisory Group for the systematic review on the effects of water fluoridation conducted by the NHS Centre for Reviews and Dissemination the University of York, UK (York Review 2000), and the York Review founding director, is “concerned that the results of the [York] review have been widely misrepresented….The review did not show water fluoridation to be safe. The quality of the [best available] research was too poor to establish with confidence whether or not there are potentially important adverse effects in addition to the high levels of fluorosis. The report recommended that more research was needed.” [6]

“I had assumed because of everything I’d heard that water fluoridation reduces cavities but I was completely amazed by the lack of evidence,” he says. “My prior view was completely reversed. There’s really hardly any evidence” the practice works, Sheldon adds. “And if anything there may be some evidence the other way.” [7]

CITATIONS AND LINKS
[1] US Centers for Disease Control and Prevention (CDC)Fluoridation Facts: “However, if your child is consuming only infant formula mixed with fluoridated water, there may be an increased chance for your child’s teeth to have mild dental fluorosis. To lessen this chance, parents may choose to use low-fluoride bottled water to mix infant formula. These bottled waters are labeled as deionized, purified, demineralized, or distilled.”

[2] American Dental Association (ADA) FAQ: “You can use powdered or liquid concentrate formula mixed with water that either is fluoride-free or has low  concentrations of fluoride. These bottled waters are labeled as de-ionized, purified, demineralized, or distilled.” [From FAQs, click on “What can I do to decrease the chances that my child’s teeth will develop fluorosis?”]

Lauren Ayers, a retired teacher, is a former resident of Sonoma Valley and San Rafael. She is the creator of the original Fluoride Free Sonoma County website, and is a member of Weston A. Price, and Clean Water Sonoma-Marin. Visit Lauren Ayers’ website, GoodSchoolFood.weebly.com. 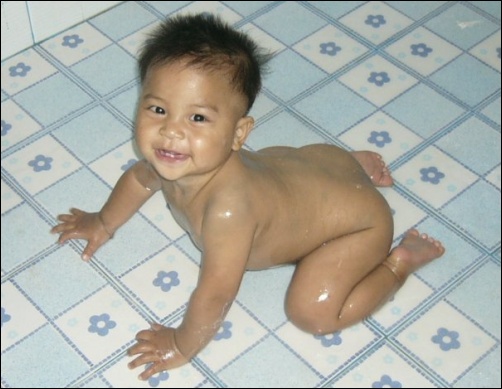